Get to Know Kendall 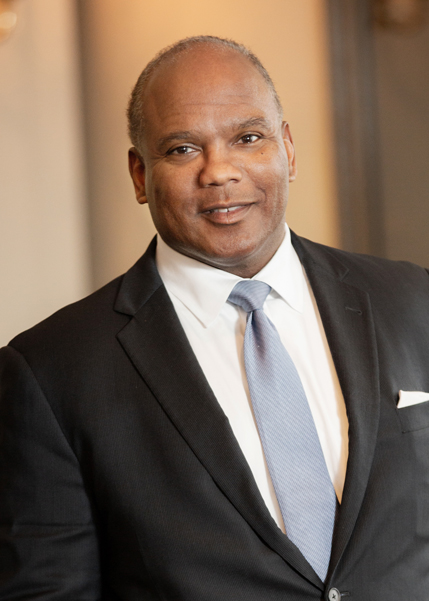 Over the course of my life, I’ve been called many things–ghetto kid, trailer trash, veteran, businessman, husband, father–but I never dreamed I’d be a candidate for office.

As your candidate, I believe it’s important that you know how my personal and professional life have shaped who I am today.

I didn’t have a life of privilege. I grew up in poverty, and success came the old fashioned way: I earned it.

I was five years old when my father returned from Vietnam and divorced my mother.  After the divorce, my mother moved my four siblings and me—ranging in age from three to 16–to Harlem, NY, to live with my grandparents. Harlem was the epicenter of crime, drugs and gang warfare in the late 60’s and early 70’s.

My mother, who was in one of the most dangerous cities in the country, felt abandoned and alone. The strain of raising five children in the crime-ridden ghetto resulted in her frequent illnesses and hospitalizations. Eventually my younger brother and I went to live with our father in Oklahoma. He was a Drill Sergeant in the U.S. Army, who paid child support and alimony, and could only afford a small trailer on the poor side of town. So at a young age, I’d lived in the epicenter of crime and drugs in Harlem, NY, and in a trailer park in rural Oklahoma.

I’ll never forget the despair and uncertainty of my early childhood.

I’m the first and only person in my family to graduate college.  I went to a small state school in Oklahoma and paid for it by working full-time delivering pizzas in addition to joining the U.S. Army Reserves.  My leadership training began at a young age. I commissioned as a Second Lieutenant in the Army at 19-years old. Even though I worked full-time and served in the Army Reserves, I still graduated in four years.

After college, I went on active duty as an officer in the Field Artillery.  While on active duty, I held a Top-Secret security clearance with Special Background Investigation because I was responsible for tactical nuclear weapons. I also served a tour in South Korea.  As a result of a knee injury, I decided not to continue my career in the Army and left with an honorable discharge.

Sheila and I met in high school, and I’ve been committed to her ever since. We attended college together and got married in 1986 after Sheila graduated. Like any marriage, we’ve worked through challenges and differences and are now heading toward 36-years of matrimony. We have five children and an English Black Lab named Largo.

I became a Christian in my late 20s. My faith has guided the important decisions in my life.  I’m not perfect by any means, but my faith has been my “true north.” It’s one of the main reasons I’m so committed to my family. All my siblings have suffered the collateral damage of my parents’ divorce and have divorced themselves.  Additionally, my faith is the driver in my desire to serve in organizations–such as Big Brother / Big Sisters, Colorado UpLift, an organization that serves underprivileged kids in Denver, and Minnesota Teen Challenge—that support broken families.

For 27 years, I led sales and marketing teams in the healthcare industry with Fortune 100 companies such as Johnson & Johnson, Roche Labs and Medtronic.

For the past 15 years, I’ve worked to transform stagnant or declining business units in the pharmaceutical and medical technology industries by introducing transformative strategies.

I most recently founded TakeCharge MN, an organization that supports the notion that the idea of America works for everyone regardless of race and station in life.

My life hasn’t always been easy, but it’s been a blessing through the good times and the tough times.

It has provided me with a foundation of commitment, compassion and courage, as well as the leadership skills I’ll put to work for you.

Mr. Qualls has appeared as a guest on Fox & Friends, The Tucker Carlson Show, America’s Newsroom with Bill Hemmer, the Dennis Prager Show, Fearless with Jason Whitlock, and Minnesota’s own Garage Logic with Joe Soucheray.  Mr. Qualls’ articles have been published in the Washington Times, The Federalist, Real Clear Politics and the Minneapolis Star Tribune.